Established in 1896, the original Cremo Cigar was an icon of early America and the most successful, top-selling cigar brand of the early 20th century in its class. Headquartered in Manhattan, NYC, Cremo boasted factories in farfetched locations in the continental United States and a plantation in South Carolina.

The Cigar Factory, where our cigars were packed, employed an expansive workforce consisting of working class, black and white women and men, mostly so young that it became known as ‘Cremo College’. The factory remained one of the few civilian workplaces that proudly provided a full-day’s wage by the 30’s and our Great Depression.

The Original Cremo Cigar, an icon of early America and the most successful cigar brand of the early 20th century, made a commitment to providing their customers with value. The company which rose out of beautiful Manhattan, New York City attained the largest sales of any cigar in its class. The brand was also famously linked to musician Bing Crosby in the early days of Broadcasting Radio.

With a shift in the way cigars were made, factories moved south and all was lost… Now in the 21st century a new dawn awaits. After new buildings were built, and old ones were torn down, a piece of history remained. Now with the revival of Cremo, an unsurpassed Premium Cigar, the tradition continues with taste and quality as well as class.

The days of early Manhattan may no longer be here, however a piece of those glorious days are back!

The humble-yet-high-grade Certified Cremo 5¢ went on to pick up the ‘Cream of the Islands’ watchword, such was its stature and established quality among the public, its nickeled price tag becoming a standard echoed by Thomas Marshall, Woodrow Wilson’s VP, in his famous quip, “What this country needs is a good 5-cent cigar!”

Cremo Cigars (est. 1896) is an all-American boutique cigar brand, store, and factory. It recently set up the First Ever Cigar Factory in the history of Historic Overtown, in Miami, Florida, the vibrant neighborhood it serves and now calls home. Using the best imported tobaccos, Cremo proudly handcrafts its own blend to achieve a smooth yet flavorful profile for discerning palates.

A new dawn awaits in the 21st century. In 2010, Walter ‘Lilo’ Santiago, a native New Yorker, pumped new life into brand and company to see them rise from their ashes. 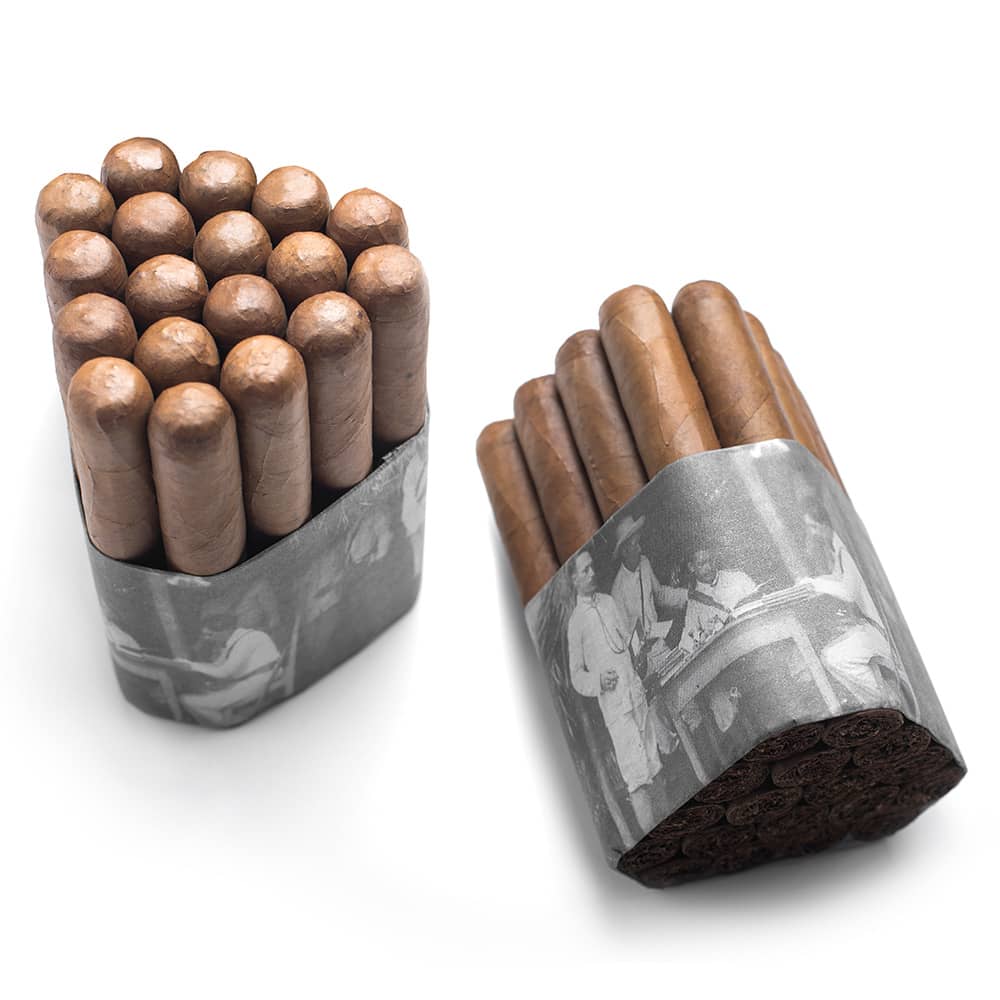 Premium quality begins with equating own brand to own factory, an end-to-end process where personal quality control is paramount. Cremo now proudly operates the first ever cigar factory in the history of Historic Overtown, a vibrant neighborhood in Miami, Florida, which draws a number of historical and cultural parallels and shared references with Cremo (i.e. Overtown’s charter dates back to 1896). Essential to our finest cigar-making pledge is the commitment to Cuban-style construction, an island flavor achieved primarily through the employment of Cuban-born, Level 9 cigar rollers.

Personal and dedicated quality service is how we are already capturing the taste buds and minds of our clientele, a customer reach and connection that we aim to keep expanding staying true to our prestige boutique standing.

Company founder George Washington Hill’s still famous wall and façade painting commission established the brand as a household name all over America. Importantly, this creative approach is an integral part to the adoption of mural painting as an advertising medium, a jazz that has come back as a winning force that very much defines the general area where Cremo has established its factory today: Historic Overtown. Located in Miami, Florida, and surrounded by similar art-conscious neighborhoods, Overtown draws certain parallels with Cremo, both digging their roots to exactly the same year and era: 1896. And both boasting proud histories, now catapulted into a new age of cultural revival and invigorated sense of self.

Cigars are made in small quantities to ensure perfection and consistency that only an ultra-boutique manufacturer can produce. Each roller is limited to 100-125 cigars per day to maintain quality, and each day’s work is then inspected by another Master Roller/Blender to guarantee that each cigar is of the highest standard for the aficionado.

Cremo Cigars was founded almost two centuries ago, in the booming borough of Manhattan, New York; when George Washington Hill decided to begin the production of an American made 5¢ cigar. Since its conception, Mr. Hill wanted Cremo to differentiate itself from other cigars; and he achieved this by being the first of very few cigar producers to manufacture cigars using advanced rolling machines. It soon became known that Cremo had a superior quality which was given by it’s usage of fine quality tobacco from the Caribbean Islands.

George Washington Hill firmly believed that his cigars were the best in the market, and their popularity could be further expanded among Americans. He then began to implement several marketing strategies throughout the early 1900’s. His most remarkable idea was to commission the painting of walls and facades that advertised the Cremo brand throughout the nation. This advertising effort was so successful and expansive that some of the original murals can still be seen across the country to this very day.

During the mid 1930’s, Cremo had strongly established itself as the number one 5¢ Cigar in America. The popularity of the brand was fast tracked when George Washington Hill decided to sponsor the up-and-coming superstar Bing Crosby, who was the number one singer in America at the time, with ten hits in the top fifty charts! Cremo became Crosby’s first of many radio sponsors; they even aired a show called 15 Minutes with Bing Crosby, which transmitted on CBS in New York City from 7:00-7:15pm, 6 times a week. During this time frame, Crosby was known as “The Cremo Singer” with a multitude of cigar commercials running during Crosby’s program.

Cremo moved to South Carolina, which employed large numbers of young, working-class, black and white men and women; making Cremo a pioneer of the time. In fact, the amount of youths laboring in the workplace led to the factory being deemed, “Cremo College.” Thus establishing itself as a firm member of the community.

Sadly, during the 1940’s, Cremo started to slowly disappear from the American market and eventually the brand ceased to exist. Until 2010, when something very special happened for Cremo Cigars. New York City native Walter Santiago, locally known as “Lilo,” decided to acquire the Cremo brand with the bold intention of restoring it’s illustrious name. Like George Washington Hill, Walter wanted Cremo to set itself far apart from other brands, and decided to do this by adopting a different strategy than the old Cremo, hand rolling each cigars in the collection.

Moreover, he decided he would restore Cremo to it previous prestige, while keeping the same core principals: “using the best rolling methods, using great quality tobaccos and never compromising customers for profits.” Eight years later, Cremo Cigars, with Walter Santiago leading the charge, can be seen forging its way through the one of the world’s most competitive tobacco markets, Little Havana, Miami; rapidly approaching it’s exultant, triumphant roots as the world’s best cigar brand.

The art of smoking

Many people have asked me where my passion for cigars comes from. Years ago, when I first arrived to Miami, I took a walk down Calle Ocho in Little Havana. The clanking of the dominoes and the rich smell of lit cigars enticed me to indulge in one myself. Leaning against a wall with a mural of legends Tito Puente and Celia Cruz, I watched the smoke billow out into the night sky and realized my true passion for the Art of Smoking.

It was only a matter of time before I decided to follow my passion and create my own small batch cigar brand. So, I made it my mission to find the best master blender in Miami. My search took me to El Titan de Bronze Cigar Factory in the heart of Little Havana, a small but efficient operation. The atmosphere was busy as skilled torcedors (cigar rollers) artfully handcrafted cigars. It was there that I met master blender Willy Herrera. Now with Drew Estate, Willy is known throughout the country for his attention to detail and commitment to quality. I knew he would be able to blend a full bodied cigar with a perfect draw. And the rest is history!